I always believed that one of the most important remedy to Africa’s development is Good Leadership. I agree with Prof. Stephen Adei’s statement that, “Leadership is cause, all else is effect” . This propelled me to learn more about leadership and how different I can act as a young leader, but a leader needs to think globally if he or she wants to assist in the development of his or her nation. Due to this goal, I started participating in the BarcampGhana “unconferences” which is a product of GhanaThink Foundation. These events helped me to think globally and address challenges from a global perspective. This drive urged me to search more for Global Leadership Training opportunities for young people. Through my search I came across the prestigious Preparing Global Leaders Academy (PGLA) training programme in Amman, Jordan. PGLA is a premiere international educational program for the best students and young professionals in the world. The program seeks to prepare aspiring global scholar-leaders with the tools that are necessary for effective leadership in an increasingly complex world. I was part of the over 300 outstanding applicants that submitted their applications from around the world, I got selected to be part of the 50 fellow young leaders from the Middle East, Europe, Africa, South East Asia and the United States. My first challenge as a prospective global leader was to raise $1200 to support my trip and with that I will be able to finance the rest even though it was difficult. Is it possible to raise that amount? How am i going to raise that amount? and who will i talk to about this? These were some of the questions i was asking myself.

GhanaThink Foundation, an Africa-focused think-tank based in Ghana that aims to serve as a source and reservoir of ideas for the advancement of all humanity, beginning from the society and culture that has most influenced our way of thinking about the world ”our cultural neighborhood” Ghana; organize the mass of brilliant Ghanaian talent around the world in the service of their cultural neighborhood. I was as assisted by this foundation as they created an online fundraising platform with the caption “Support My Dream To Become A Global Leader” for my campaign to become a global leader. We used about 75% of social media (online) as our fundraising strategy and 25% offline strategy. I must say that GhanaThink Foundation has been very supportive in this fundraising. We posted the link to donate online on every social media platform – Facebook, Twitter, LinkedIn, Google+, Blogs, etc. We started to make some progress as people started to donate to support the dream, and the credibility of GhanaThink Foundation was also a factor that convinced donors. Some bloggers wrote posts to help spread the news to their audience, there were posts by www.acertainblog.com, www.thisweekinucc.com and www.mightyafrican.blogspot.com, thank you guys. Some online news website also wrote post on their platform to show their support for my dream, www.iq4news.com, www.totalshowbiz.com and www.konknaijamedia.com.

My family on all social media especially platforms such as Facebook, Twitter and Google+ shared the link to donate on their timelines and BarcampGhana, and other social groups were the power behind the spread of the message. One of the amazing things that happened was when one of my respected mentors Bright Simons wrote a very well crafted post about the fundraising to support my dream. This post had a very significant impact on the fundraising. You can read the post here. I learnt one thing from that incidence – its good to be credible than to sounder louder without credibility. So we did our best to raise $830 through our online fundraising (which is now $850).

THE UNEXPECTED PART ONE

We were left with $370 to hit the target of $1200. On Thursday, 4:25pm, 21 March,2013, I had a message in my inbox from an unknown to me indicating that I should call him for a little support to add up to my fundraising. I called him on phone and as the phone rang he answered, this is the conversation that we had:

Me: Hello sir (you know if someone is willing to give you money, you need to call him sir no matter his age), my name is Kofi Yeboah and i received your message through my inbox on Facebook.

(I was getting confused at what he said)

Unknown: How much have you raised now?

Unknown: So how much do you need now?

(I was getting more confused and alarmed)

Unknown: Ok, stop the fundraising and come to my office tomorrow for the $370.

(I got totally confused, I thought I was dreaming).

Me: Thank you sir. I will be there in the morning at 9am.

Unknown: Ok, no problem, take this number and call for direction to my office and tell the secretary that you have a meeting with me.

(I took the number and we ended the conversation).

Mr. Unknown 2, also sent me an inbox through my Facebook account and wrote that, he has called the organisation (PGLA) and they have confirmed my participation and my partial scholarship. He stated that he will pay the rest of the tuition so i should consider it sponsored.

I had never believed that we had such people in Ghana, but this men who don’t want their names to be known challenged my preconceived thought of Ghanaian donors. I can confidently say that, we have achieved our target of $1200.

I am very grateful to God and everybody who believed in my dream and supported me in anyway. I was amazed when my colleague students were asking for my account numbers and donating to support me. That is a sign of genuine generosity and love to support something that is worth it. I am very grateful for your support and the hope some of you gave me when i was very frustrated about how to raise this money.  A very big thank you to all those who contributed in various ways such as money, posts, tweets, re-tweets, etc.

Note: If you want to start an idea, don’t let money be a hindrance. Just start it!!! 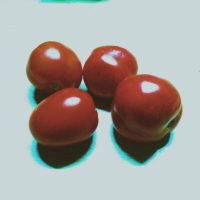 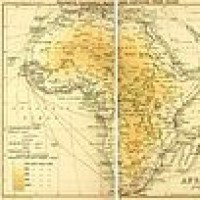